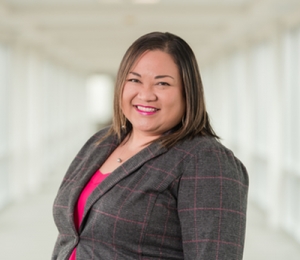 Director of Alumni Relations and Development
University of Utah

Janzell Tutor’s long career at the University of Utah started with 10 years in student affairs
before she started managing the College of Nursing’s alumni relations over five years ago.
Through these years, Janzell has directed the launch of a renewed Alumni Weekend, including
a Half Century Society; Distinguished and Young Alumni Awards; and an annual spring gala,
Honors for Nursing which she and her team had a hard time saying goodbye to while
celebrating its 25th anniversary in 2019. Not surprising with her roots in student affairs, Janzell
strives to ensure current students have a great experience while in their program in hopes they
will continue to be engaged alumni. Janzell was born and raised in Hawaii, received her
bachelor’s degree in Business, moved to Utah, received her master’s in public administration
and enjoys singing and performing around town. As a part Hawaiian, Chinese, Korean and
Norwegian woman, she proudly proclaims her multi-racial identities and is invested in Diversity,

Equity and Inclusion work. Though she does not seem old enough, she has been married for
more than 18 years and adores her two “mediums” (as she calls them), while trying to find the
right balance as a working mom. She says the best part of her job is reconnecting with College
graduates from the 1940s, 50s and 60s, many of whom have been disengaged for decades.