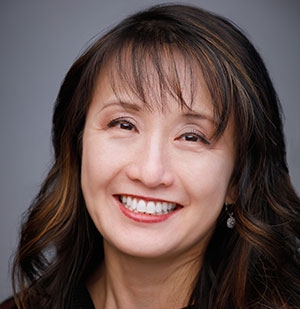 Judy joined the Institutional Advancement team at Westminster College in 2012. She began as the Gala Coordinator, later became Donor Relations Coordinator and in 2014 moved to Major Gifts and in May 2015 transition to her current role as Director of Corporate Relations. Aside from her development officer role, Judy also coordinates the fundraising efforts of two of the college’s priorities, the President’s Innovation Network (PIN) and the Center for Innovative Cultures. Prior to beginning her career in higher education, she worked for 10 years in the private sector as Vice-President of Sales and Marketing for AMT Labs, Inc., a manufacturer of vitamins and mineral supplements. Judy received a Bachelor of Science in Gerontology from University of Southern California in 1994 and a Master of Business Administration in 1999 from Westminster College. Judy lives in Bountiful with her husband Bing, her two sons, Dillon (13) and Logan (11). She is a member of the Salt Lake Rotary. Westminster Woman’s Board, and the Board Development Committee at Girl Scouts of Utah. She also chairs the board at the Off-Broadway Theatre. Judy is a theatre aficionado, from Broadway performances to local community theatre—she loves live performances.