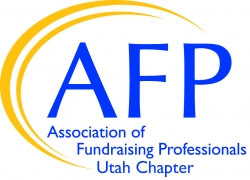 The House Appropriations Committee is considering a bill that would weaken the Johnson Amendment, which prohibits charities from directly or indirectly attempting to influence an election or defeat of any candidate for public office.

The Financial Services and Government Appropriations Act contains language that undermines the Johnson Amendment by prohibiting the Internal Revenue Service from spending any funds on determining if a house of worship or its affiliate broke the law. The only exception would be if the IRS Commissioner approves the investigation and Congress is notified well ahead of time.

The language is just one of several attempts this year by Congress and the White House to either weaken or outright eliminate the Johnson Amendment. The issue is likely to come up again later this year when Congress considers comprehensive tax reform.

The Financial Services and Government Appropriations Act may be considered this week. AFP members are encouraged to contact their Members of Congress, especially if they serve on the Appropriations Committee, and ask them to remove the Johnson Amendment provision (referred to as a “rider”) in Section 116 from the bill.

AFP announced its position on the Johnson Amendment earlier this year.

We will continue to watch this space and report back to our AFP Utah Chapter members as the issue unfolds.