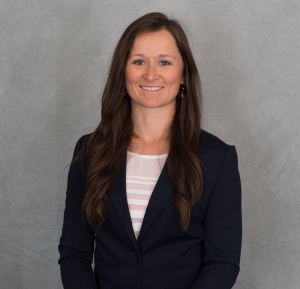 AFP Utah Chapter, meet Hannah Whitney, Development Director of HEAL Utah, the latest member to be spotlighted as a part of our August Appreciation Month!

Though Hannah has had an official fundraising-related job for a little less than one year, she previously provided fundraising support, both in a volunteer and paid capacity, for quite a few small organizations.  Her first such gig was as the fundraising coordinator for the Western State University of Colorado Mountain Rescue Team in 2003 during her college years.  "That's nearly 15 years ago!" she says."

Hannah lists her biggest struggle as understanding the intricacies of HEAL Utah's campaigns in order to write and report about them in grants. "We work on some complicated issues like air quality and renewable energy," she says. "Fortunately we have great organizational communication and regular, well-facilitated meetings, which are helping move me in the right direction."

HEAL Utah recently received a new and unexpected grant that Hannah wrote with the organization's former Executive Director, and she cites this as her greatest recent accomplishment. "It was a somewhat last minute scenario. It showed how we're able to successfully spring into action when opportunities arise!" she explains.

As a new development professional, Hannah decided AFP membership would be an important step to building a network of skilled allies.  She adds, "I'm always on board to work smarter, not harder, and I know there are so many helpful resources out there to guide me as a new Development Director."